As the second decade of the millennium unfurls, the effects of climate change grow increasingly urgent. Contemporary artists throughout the world have found a responsibility to use their works as powerful platforms to imagine more sustainable futures and to bring awareness to the ecological crises of the present-day. We discuss some of them here. 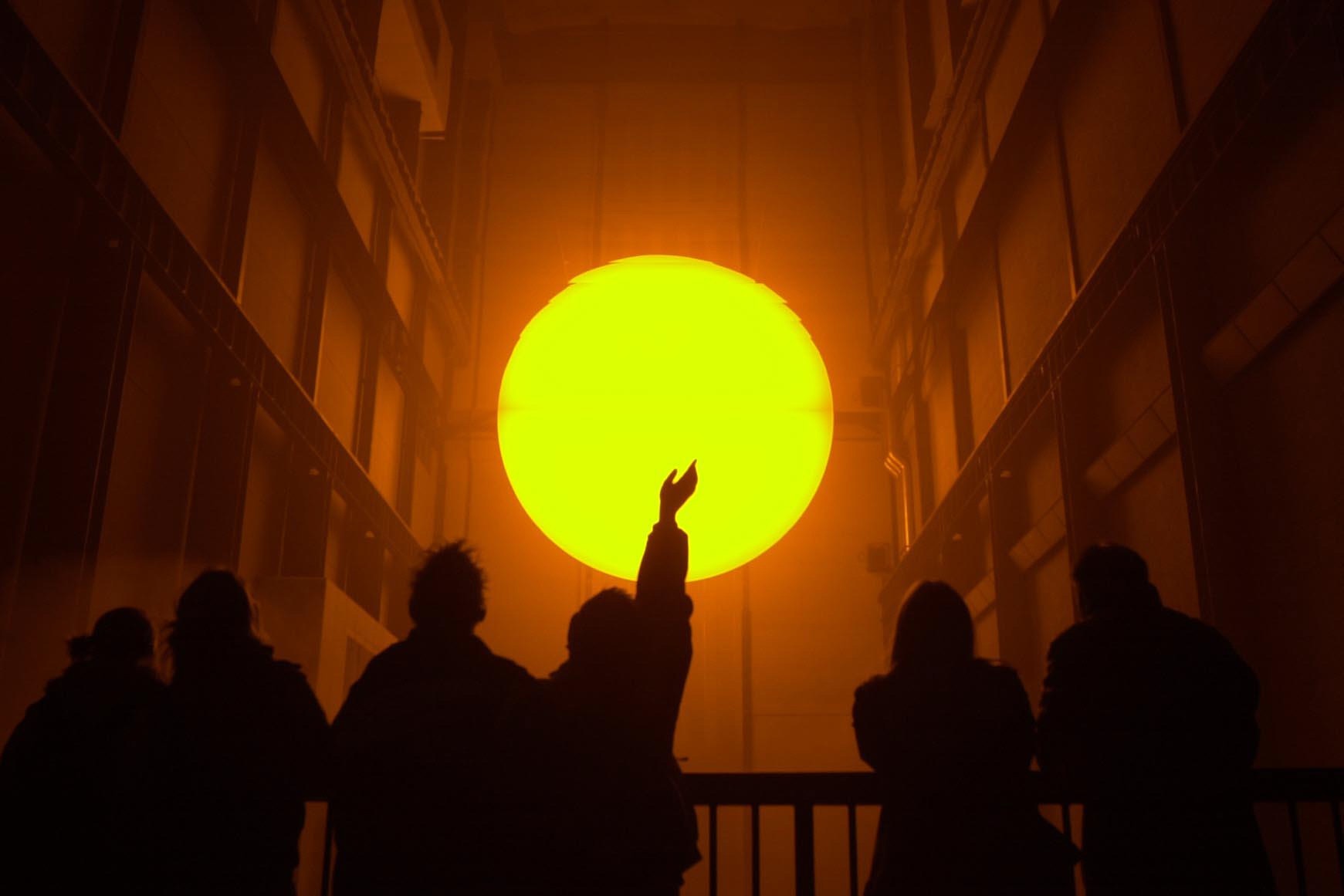 In 2003, Olafur Eliasson created a massive installation at Tate Modern in London. Titled The Weather Project, the installation recreated the imagery of a sun rising out of a mist, completely transforming the space. The audience was hypnotised, with some lying down so that they could see the sun above them, all of them bathed in a deep, warm and penetrating glow. The Weather Project underscores how the weather is something so ubiquitous that we might hardly notice any changes until it is too late. 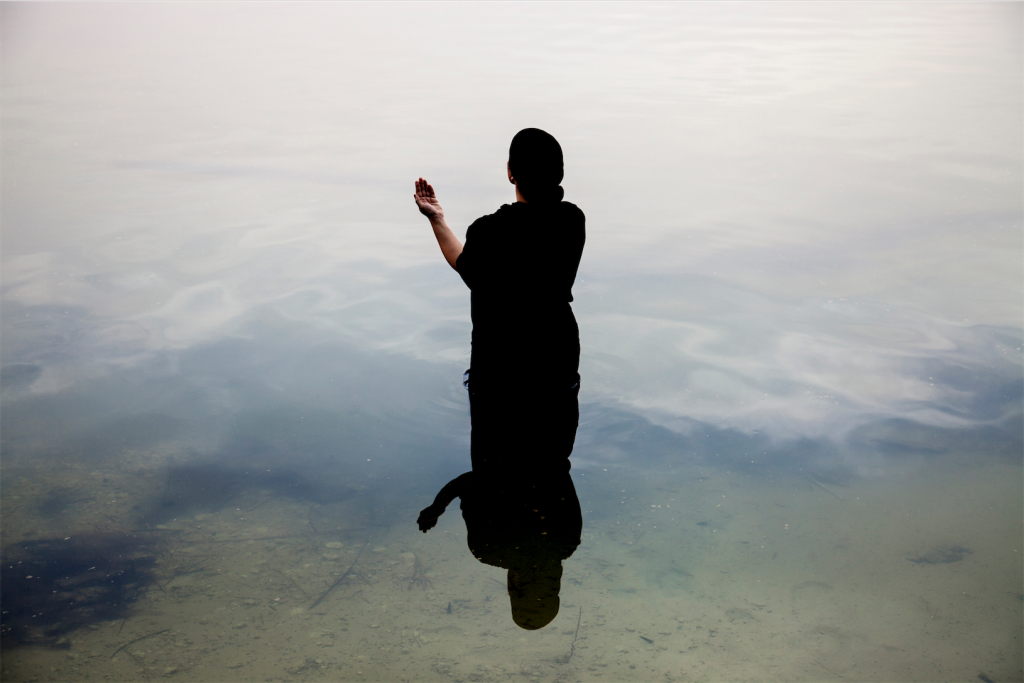 A multimedia project depicting the artist’s seven year journey through deserts and endangered water sources of the Middle East and North Africa (MENA), Silsila (“chain” or “link” in Arabic) examines how different locations and cultures throughout MENA are connected through the threat of displacement. Alshaibi takes as reference the path of Ibn Battuta, a great 14th century Moroccan traveller. While the work is mostly grounded in MENA, it also extends out to the Maldives in the Indian Ocean, and Hawaii in the Pacific — locations that are particularly at risk from rising sea levels. 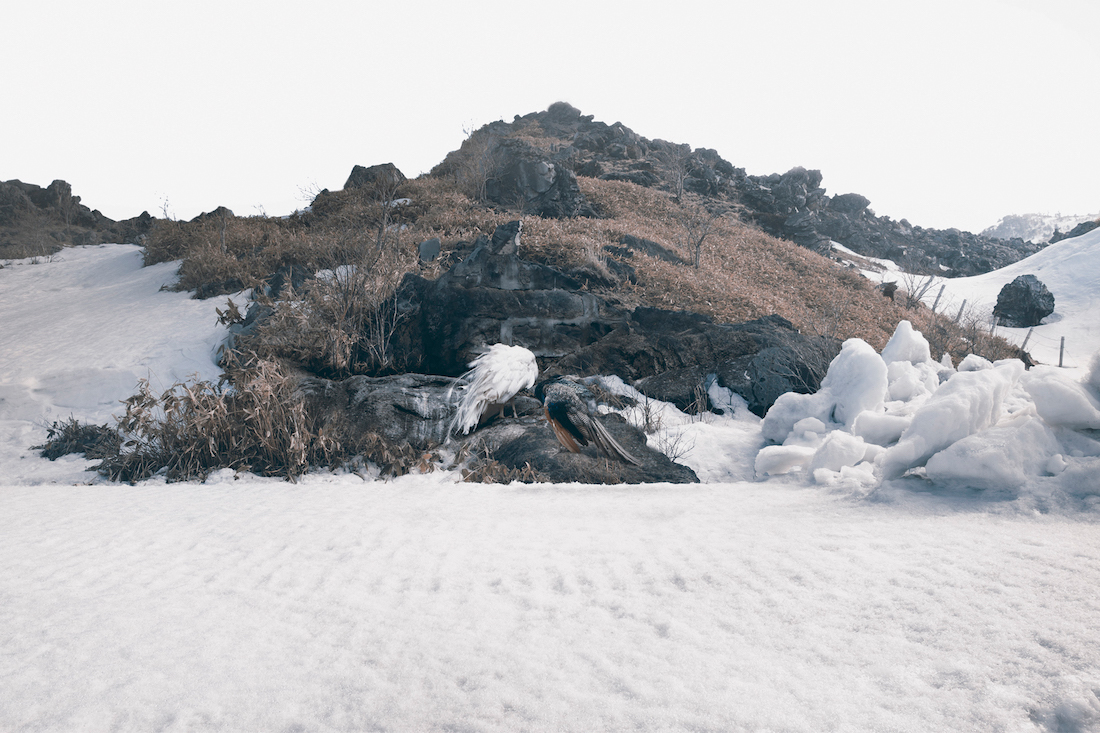 What is most striking about Singaporean artist Robert Zhao’s work is the dignity he confers to the natural world. The mood of the photographs in his Natural History series is contemplative, Zhao’s gaze as he lingers over the photographed birds tender. Elegiac and quietly graceful, these works in the context of Zhao’s overall oeuvre remind us not to take such natural beauty for granted. 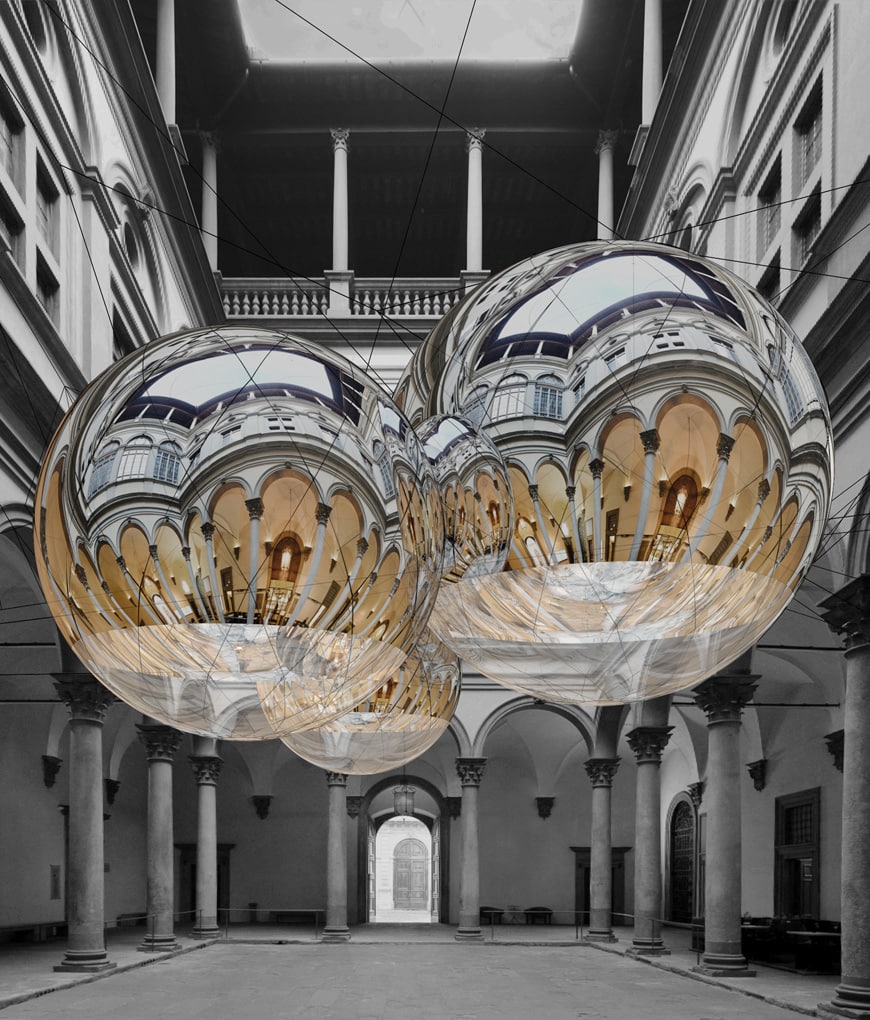 Berlin-based Tomás Saraceno alchemises art and science to consider the future through a utopian lens. One of the artist’s interests is flight, and his installation Thermodynamic Constellation comprises prototypes of aerosolar balloons, idealised as a way of flying around the earth without causing it any harm. Its reflective materials allow the viewer to consider their own place in this utopic future. 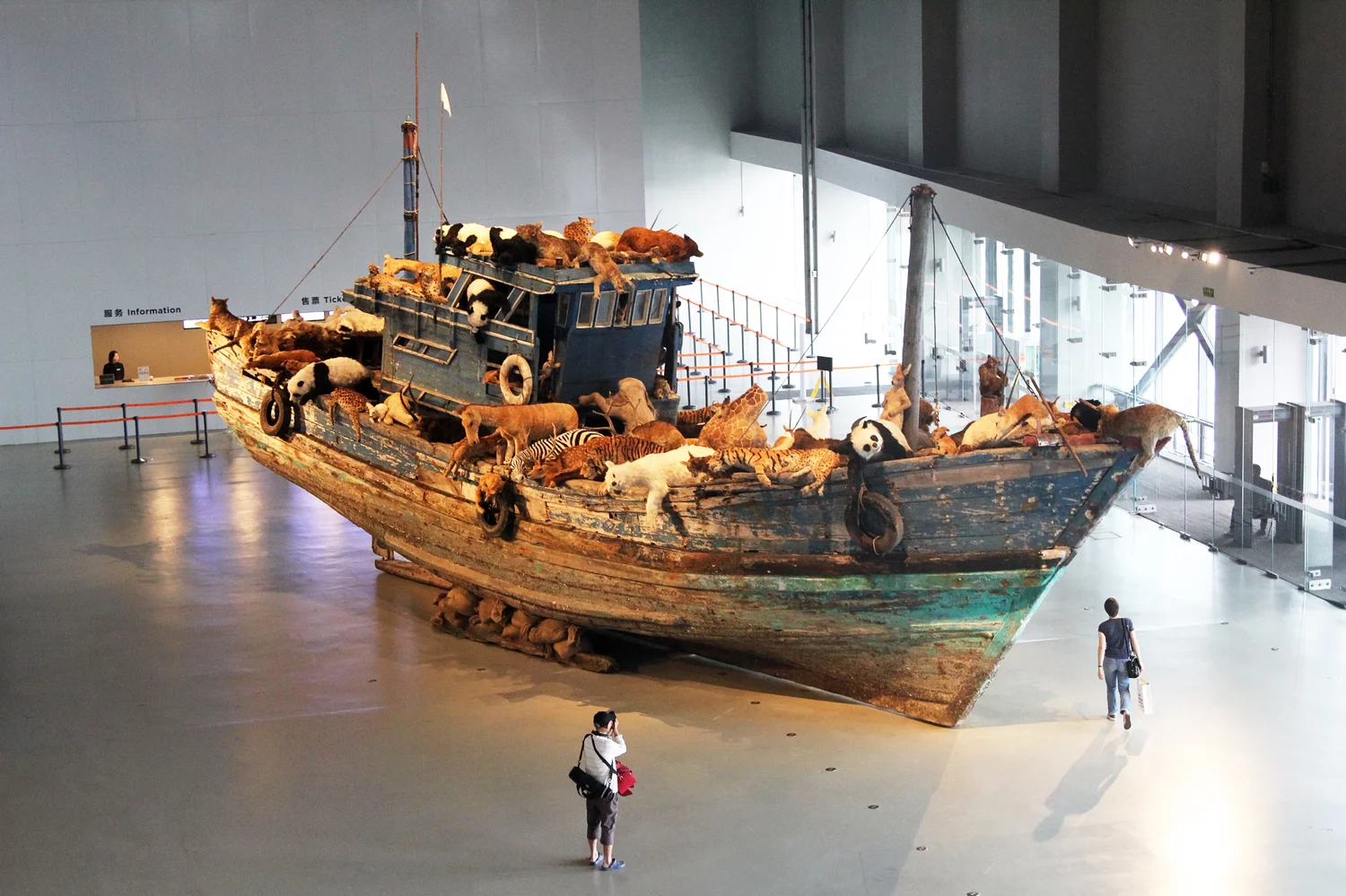 Installation view of ‘The Ninth Wave’, 2014, at the Power Station of Art, Shanghai. Photo by Frank Langfitt/NPR.

“In ancient times,” Cai said in an interview with The Guardian, “people were more respectful of the environment. The problems we have now are a symptom of the times where people… are exploiting nature’s resources to make money for their own means.” The Ninth Wave, a dilapidated fishing vessel laden with sculptures of endangered animals, was meant to highlight the precarity of a natural world left to the mercy of man and industry. It sailed down the Huangpu River, Shanghai, in front of massive crowds, before landing at the Power Station of Art. Brash and unapologetic, the work was urgent and uncompromising, expressing the artist’s horror of the state which the natural world is now in.